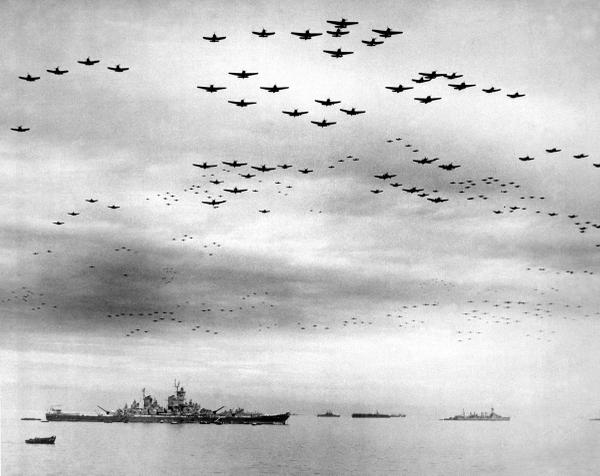 While much has been written about the secrecy that surrounded the D-Day landings, the boys at Cranleigh were among the first in the country to know the invasion had started on June 6, 1944.

The weeks leading up to D-Day had seen a marked increase in military activity in the area, most obviously with more and more flights arriving at the relatively new Dunsfold aerodrome.  It had been common for boys to cycle there, cadging sweets and chocolate and, on occasions, ammunition to explode at a later date.  During quiet times boys had even managed to cadge flights, with one lucky individual flying as far as Liverpool and back on a light bomber.  It had also been one of the responsibilities of the Cranleigh Home Guard to provide sentries for the aerodrome.  From late May Dunsfold was put out of bounds.

In the days before the invasion, boys were told they were not allowed down to the Lowers which was used as a base for hundreds of Canadian military vehicles. On June 4 the boys woke to find the Lowers had emptied overnight.  On June 5 heavy rain and wind kept everyone indoors, but as the weather improved around dusk the skies suddenly filled with planes. “Leaning out of the windows of our house room, we started counting them,” recalled Michael Reynolds (East 1948). “We soon had to give up. There were simply too many. There were Lancasters, Liberators and Stirlings. We knew the invasion was about to begin.”

Throughout the night the planes poured over. Few at the School slept but few wanted to. In the morning, boys crowded round radios, which were only allowed to the few who had their own studies, for any news. The few daily papers that arrived were grabbed in seconds. “There was great excitement in the School,” recalled the Cranleighan. “Chasing down corridors, every scrap of fresh news was passed from mouth to mouth.” The most senior boys were let out of lessons.

Despite all that was happening, the daily routine continued. The 1st XI took on, and beat, Brighton on Jubilee, with several of those taking part recalling the rather surreal atmosphere as boys chatted and speculated throughout the game. A steady flow of planes overhead throughout the day added to the distractions.

Amid the excitement, the reality of the situation was brought home at a prefects’ meeting the next day. “We were all put on standby to help offload the wounded from the hospital trains as they were brought back,” Peter Stirzaker (East 1944), the senior prefect, said. “In fact this never happened because fortunately the casualties were nowhere near as bad as had been expected.”

As the days went on the progress of the fighting was followed with the aid of maps, which everyone had cut out of the papers. These were stuck with coloured pins and flags on locker doors, in toyes, on study walls.

In the weeks after D-Day normality returned as the threat of invasion, an with it air raids, rapidly diminished.  It was a brief respite, however, as the autumn brought a new danger from V1 rockets.