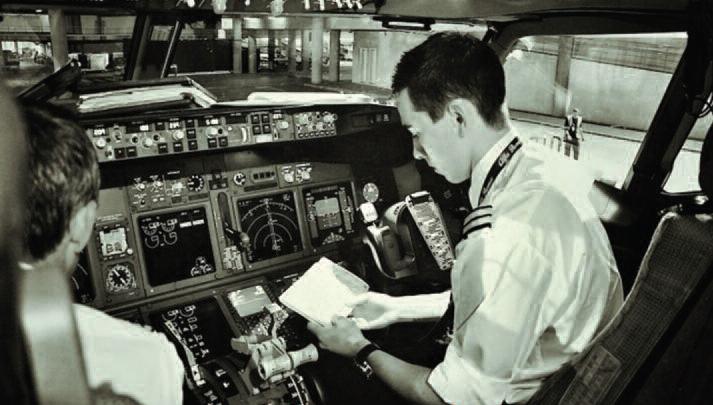 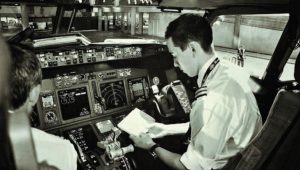 Tom Petzold (East, 2004) writes: This year, along with two other Old Cranleighans, Luke Marazzi (East, 2007) and James Bowey (Cubitt, 2010), I started work as a first officer flying the 737 for Ryanair and would like to share with those who have similar ambitions, our routes to becoming an airline pilot.

After leaving Cranleigh, both Luke and I went to University. Now, it is most certainly not essential to have a degree to become an airline pilot, but it is something to fall back on if, heaven forbid, you find yourself in a position where you can no longer fly. James on the other hand went straight into flight training academy after leaving school and is now one of the youngest first officers at Ryanair and is set to become a Captain by the time he is 23.

We all began flight training on the First Officers course at Oxford Aviation Academy between July and October 2010 with about 2.5 hours flying experience between us. At the academy we learnt to fly in the sunny skies of Arizona before returning to the UK to practise flying in the delightful weather the British winter throws at us, using only the instruments.

Airline recruitment is highly cyclical, but the general trend is towards a global pilot shortage, meaning the job market is very good. Both Ryanair and EasyJet have taken on hundreds of new first officers in the last year and look set to continue to do so.

This job is hugely exciting, rewarding and most of all, fun. I would urge anyone who has an interest in flying to take a trial lesson and see how you enjoy it. However, you must be prepared to move around quite a bit. I am working from Luton Airport, Luke is flying out of Liverpool, and James is based in Bergamo. Don’t expect to fall straight into a job at British Airways flying 747s out of Heathrow!! Please feel free to contact any one of us if you want to pursue a career in this industry and would like to know where to start. tomapetzold@gmail.com, luke.marazzi@gmail.com jbowey@me.com