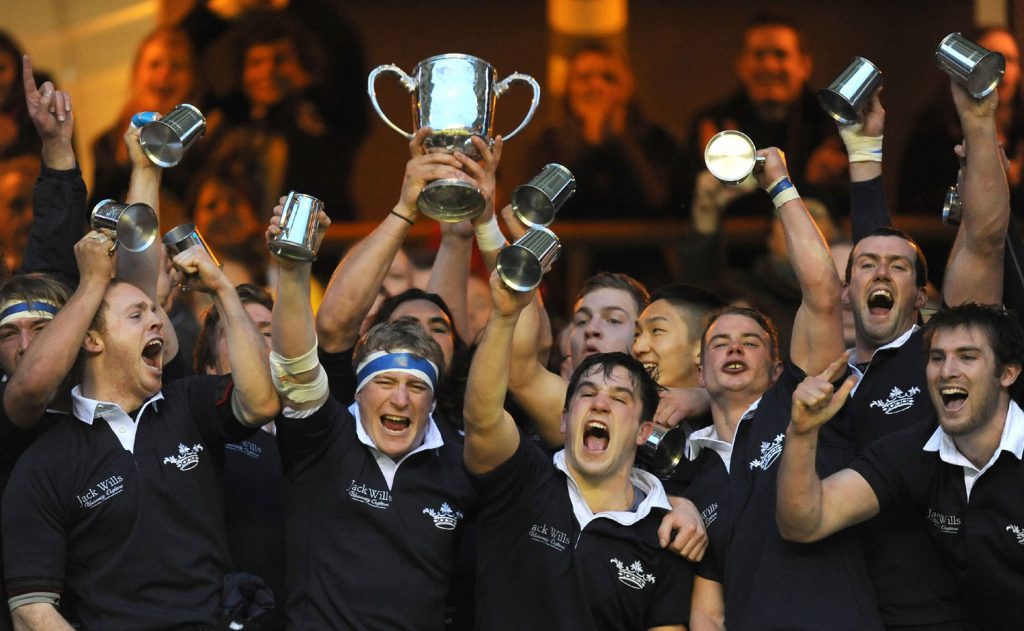 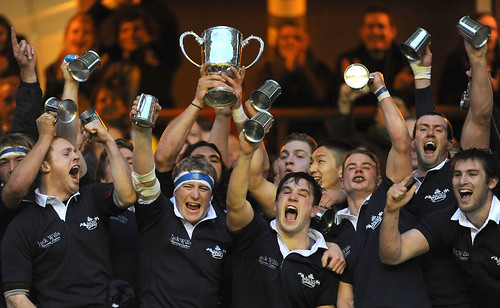 Congratulations to Henry Lamont (East, 2012) on winning his Blue for Oxford University in the Varsity match at Twickenham on December 6. At the time of the game he was aged 18 years 7 months and was the only undergraduate in the side.

In the game itself Oxford produced a dramatic second-half comeback to complete a hat-trick of Varsity match victories. Trailing 19-6 at the break, they dominated the second half to win 26-19.

“It will be the biggest thing I will ever do and I am just massively excited about it,” he told the Oxford Mail on the eve of the match. “I feel quite privileged with the players around me. I want to really do my best for them. “I think everyone should be a little bit nervous, but you know you have earned the right to be there.

“Everyone has done that, so there is a lot of confidence in the group. I just wanted to try and develop as a rugby player. “I got my chance to play for the Blues due to a few injuries, but all the way leading up to selection there was great competition.

“I didn’t really have any idea I would make it. I think that was the same for a lot of people. It shows we have got good strength in depth.”

The last OC to play in a Varsity Match was Jeffrey Clements (East, 1951), for Cambridge. For Oxford Blues we have to go pre-war to H.P. Jacob and Maurice McCanlis. D.P. Thres was picked for Cambridge two or three times in the early 1920s, but on each occasion was injured just before the match so missed a Blue.