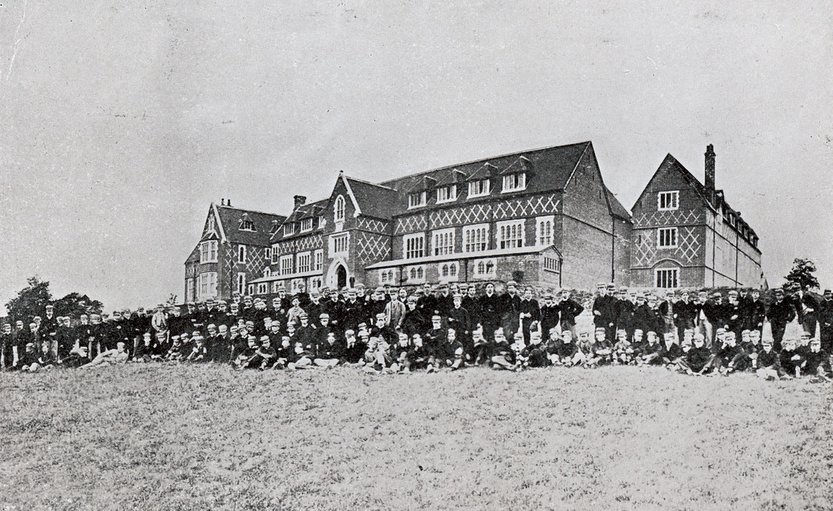 On September 18, 1866, less than a year after the School had opened, the first formal picture of the boys of the Surrey County School was taken on the South Field after the inaugural Speech Day.

From inauspicious beginnings, the School had reached its target of 150 boys by the time the picture was taken, although the average age of pupils was around 14 and the oldest barely 16.

The photograph was taken by a Mr Crane of the Surrey Photographic Company of Guildford and was referred to as a “pantoscopic”.  Copies were offered to parents for 6d (2.5p) We know that other photographs were also taken of the masters, the cricket XI and a selection of the buildings. Sadly, all traces of these have long since disappeared.