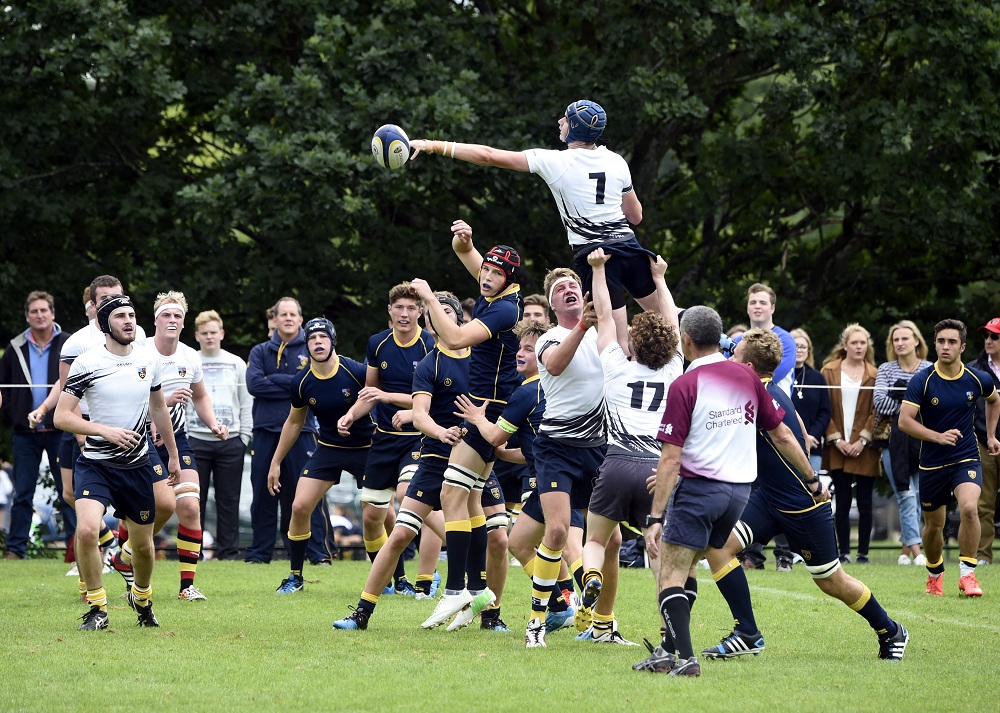 When Charles Gower, the man known as the architect of Cranleigh rugby, died in 1963, a group of Old Cranleighans decided something needed to be done to commemorate all he had done.

Initially, four benches were bought and placed near the pitch on St Andrews where he relentlessly drilled his 1st XV, but it was felt a more permanent memorial was needed and so in 1964 the Gower Club was formed in his honour.

The initial membership was limited to 20, the criteria being 1st XV colours or those who had made an outstanding contribution to Cranleigh rugby. The club, which elected new members every year, was social and limited to an annual dinner, usually after the School had played the Old Cranleighans, as they did annually until regulations were passed forbidding matches between adults and boys.  Members were also awarded a tie.

In 1968 a game between the 1st XV and University OCs was held and this was immediately followed by the Gower Club Dinner. Then in 1972 the School’s pre-season preparations were disrupted when an inter-school sevens was cancelled. A practice game against Reeds (won 75-5) was hastily arranged and the Gower Club also offered to raise a side. On September 19 the inaugural game took place, resulting in a 20-12 win for the boys. In a comment which could (in part) be applied to almost every encounter since, “fitness and short hair eventually won the day”.

Just how much has changed in the four decades since that match is shown by the report on the season in The Cranleighan. “Despite the success of the teams all is not well with Cranleigh rugger,” wrote master-in-charge Brian Gowen. “Last season no master could be found to look after 3rd scratch, Jacob scratch or Carr scratch … instead of rugger some of these boys played hockey.” At that time despite there being almost 100 more boys than now at the School, there were only six sides a week fielded, with one each at Under-16, Under-15 and Under-14 level.

With the OCRFC fielding three full sides against the School later in the season, the Gower Club very quickly switched to being the previous year or twos leavers. Although played early in the term, the loss of fitness in three or so months since leaving was, and remains, remarkable to behold as Cranleighans hitherto known for their speed and stamina return with a little more padding and a lot less breath.

In 2015 a second match was introduced between the 5th XV and the previous year’s leavers from or around that side.