Once again, the Cranleigh 1st XV romped to victory in the annual Gower Club match, winning by a record margin of 72-0, eclipsing last year’s record score of 67-7. This extends the School’s run of wins to 14 games. 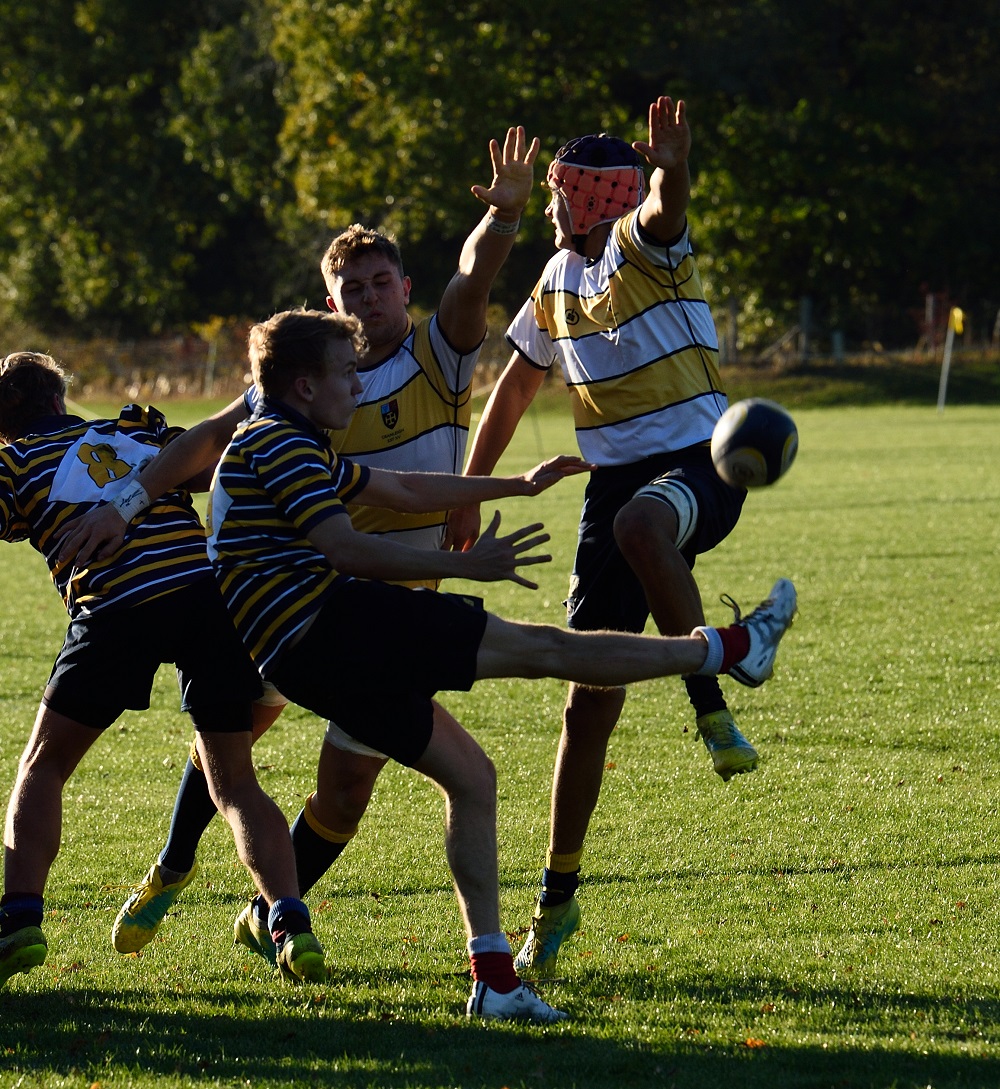 The Gower Club – once again wearing traditional OCRFC shirts thanks to the generous sponsorship of Nick Meyer – started strongly and the School did not get out of their half for the first six minutes. It was a false dawn. With their first attack the School scored and thereafter it was largely one-way traffic. The Gower Club – without four of last year’s big guns – battled gamely, led by the tireless Harry Sergeant, were fitter than in recent years but were battered into submission by the power and speed of the School. The closest they came to scoring was an attempted drop goal by Sergeant near the end.

The 5th XI Gower Club match – a fixture described by Andy Houston afterwards as “one of the highlights of the season” – was a cracking contest befitting it being played on Bluett’s for the first time. The School took an early lead before two tries put the Gower Club 9-7 ahead at the break, a fitting reward for their first-half domination. Several times they were held on the line by dogged defence. The second half was more even, the School going 19-9 up before a late try for the Gower Club set up a tense final few minutes.

All in all, another enjoyable day in glorious sunshine which brought back many recent leavers- and their parents – to the School. A drinks reception in the pavilion was well attended.