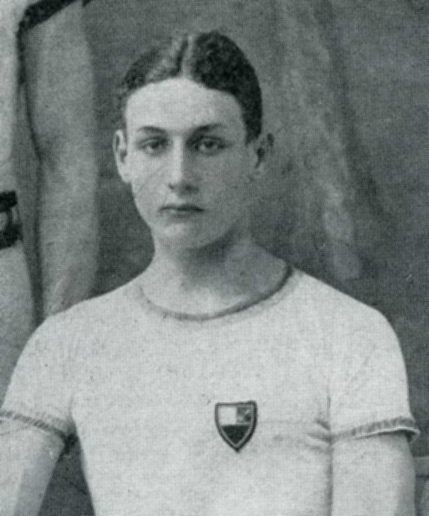 Across the country communities are remembering those who gave their lives during World War One.  While their names appear on memorials, those who came through the war but never really recovered from it tend to be overlooked.

John Walker is not commemorated on any memorial.  He fought in the war and died in 1973 aged 77.  The bare facts hide a tragic story.

Walker, whose father, Arthur, had been at Cranleigh in the 1870s, joined the school in 1911 and left in 1913. In his final year he was one of the three-man team which won Cranleigh’s fourth and final Aldershot Shield, a prestigious gymnastic tournament for the leading public schools.

On leaving, he joined the Suffolk Yeomanry and he arrived in the Dardanelles on October 8 1915, at the height of the the (delete one the) ill-fated Gallipoli campaign.    On November 7 he was in the trenches.  Major Edward Cadogan, who the day before had received slight injuries to his face when a Turkish sniper hit his periscope, recalled what happened.

“While off duty, one of the men comes to me and asks me to go back to the trenches as young Walker has been shot in the head at the same post where I had the contretemps with the periscope yesterday. I go up to see him. He is able to walk to the stretcher but is groaning a good deal.

“I walked by the side of the stretcher down to the dressing station. He eyed me curiously and asked me if he was badly hurt. I tried to reassure him. It may have been the last coherent sentence he ever uttered as his wound was a bad one and he has been a helpless lunatic ever since.

”He was one of the nicest and pluckiest boys in the regiment. He could have had a commission at any time he liked but he said he had made his pals in the ranks and he would prefer to go out with them to the front. He was a great loss to us.”

Walker was repatriated and arrived home in December. He was formally discharged from the army the following June but by then he was institutionalised in the first of a succession of mental hospitals in Suffolk.  He remained there for the next 57 years until his death at St Audry’s Mental Hospital in Suffolk on August 3, 1973.

In 1919 medals started to be issued to those who had served in the war.  The records show that Walker’s father wrote to the War Office in 1920  asking for his son’s medals to be destroyed.

Walker’s probate records show no next of kin – his parents and all but one sibling predeceased him – and it seems likely he died alone and  forgotten, one of the last victims of a war that had ended over half a century earlier.