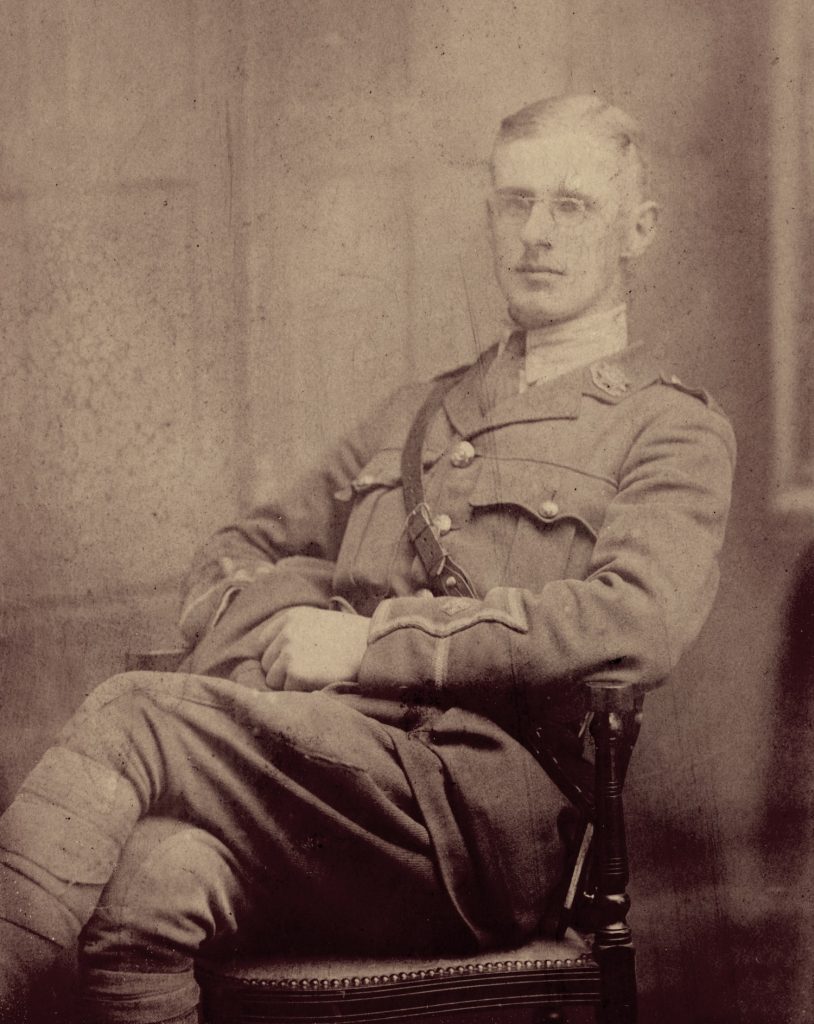 While November 11 1918 is remembered for the Armistice which ended World War One, what is often overlooked is that the war continued right up to the 11am ceasefire. On that day around 11,000 men were listed as casualties, including 2738 killed (863 from Britain and the Commonwealth). One of those was 20-year-old 2nd Lieutenant Ralph Piggott Whittington-Ince (1&4 South 1915) of the 11th Battalion of the East Yorkshires.

Ralph was born at the British Chaplaincy in Milan in 1898 and grew up in Ellesmere where, along with his two brothers, he attended St Oswalds School. In 1912 the family moved to Hampshire and Ralph, by then 11, was sent to Cranleigh. Throughout his time at the School he was known by the surname Ince.

In June 1915 he secured a place at Sandhurst and left Cranleigh midway through the summer term for officer training. Herbert Rhodes, his headmaster, wrote that he was “satisfactory but very slack at times”.

Ralph obtained a commission in the East Yorkshires on April 7 1916 and proceeded to France at the beginning of February 1917. He saw a considerable amount of action with his battalion and after a daylight raid at Fresnoy on November 8 1917 he was awarded the Military Cross for his “fine leadership and good example”.

By November 1918 the 11th battalion of the East Yorkshires were in pursuit of the retreating Germans along the Renaix-Brussels Road. German deserters, who had been hidden in the cellars of Renaix, gave themselves up on the morning of the 10th. As the advance pressed on, C Company,  including Ralph, met sporadic resistance, but this became more intense as they reached the village of Flobecq where “a considerable amount of opposition was met with enemy machine guns”. It was here that he was hit by machine gun fire and seriously wounded. He was evacuated to Casualty Clearing Station No. 36 at Sweveghem  where he died in the early hours of November 11. He was buried in the local churchyard and later moved to the CWGC cemetery at Vichte.

The battalion diary noted that at 2.30am on November 11 “news was received that an armistice was signed and would come into force at 11am.”. Even then, the battalion were ordered to “establish a line as far east as possible” and the advance continued, albeit without any resistance.

One can only imagine what his mother, who had been widowed the previous summer, went through. As the Armistice was celebrated on November 11 she almost certainly would have thought her three sons had all survived. Within a day or two the telegram containing the news of Ralph’s death arrived.