Some call it a kissing chair, a love seat, a conversation chair, even a debating chair. The list of applications is as varied as its uses.

Stephen Owen (Designer in Residence at Cranleigh from 1999 to 2014) designed and developed the chair for the Leggit Library in the van Hasselt Centre after being commissioned by Simon Broadhurst (2&3 South 1997), Tony Ho (2&3 South 1997) and David Dunsdon (East 2000). 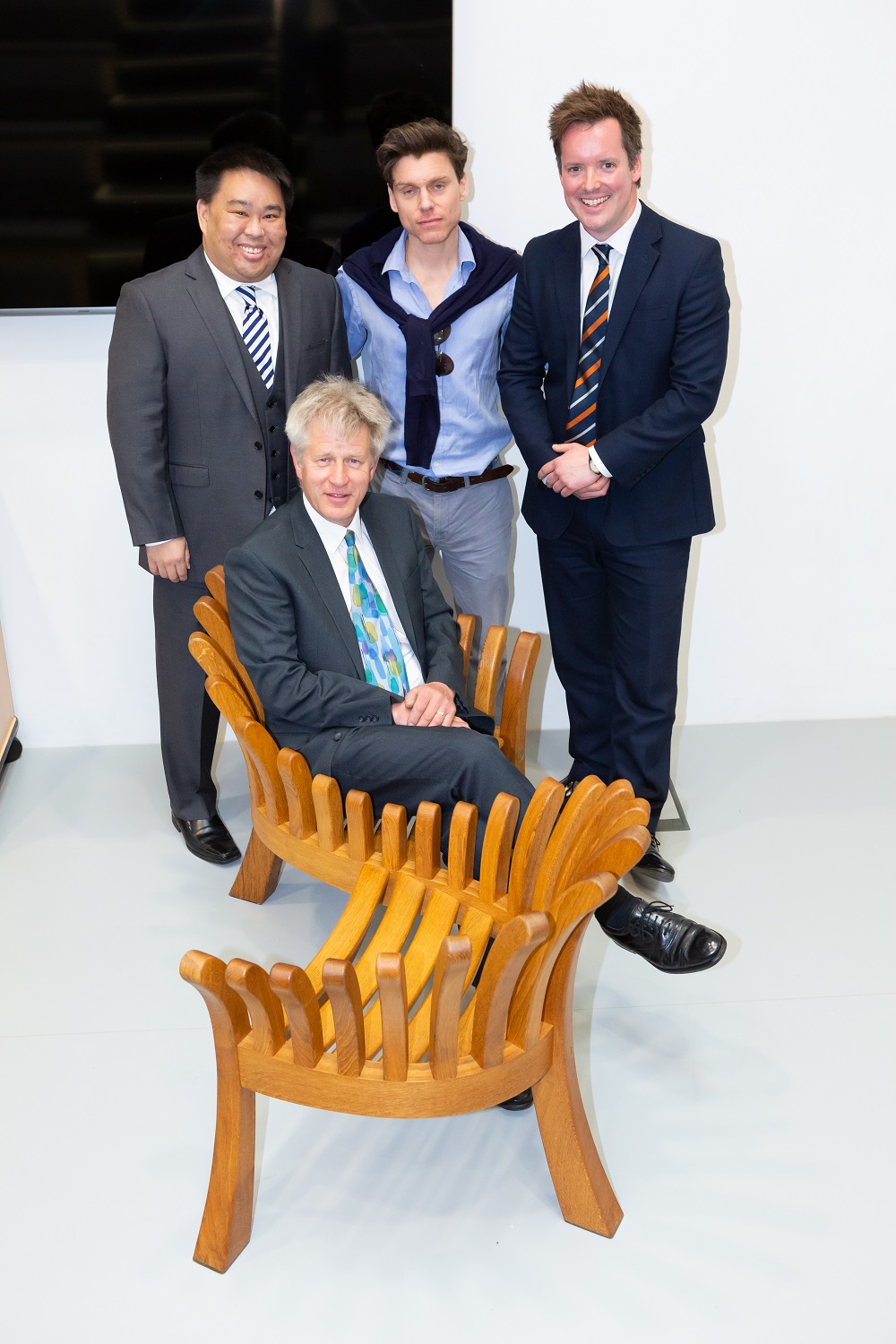 Working on the extended mezzanine in the original squash courts, many hours were spent pursuing the correct support as he believes that chairs should be comfortable. Starting with card board then hard foam, there were many late nights as changes were made. For a wooden chair with no upholstery this chair works exceeding well. Many people comment on how comfortable it is. Stephen hopes that it will become a favourite with its many users who may wish to curl up with a good book, or share revision study time.

The oak for the chair came from a tree in Hascombe, made up of 47 individual pieces plus the ‘S’ shaped chassis which has a further 35 laminations that give the chair is strength. It is one version of his concept of another which does not have the open slats but is fully sculpted with the four legs growing high above one’s head and creating more of a romantic gazebo. Stephen would be happy to explore this more with any interested party who is looking for the unusual and exotic.

After leaving Cranleigh, Stephen returned to Wales, near Aberystwyth, where he runs his design studio making bespoke pieces of furniture. Alongside the studio work he is developing short courses for those who wish to enjoy working with wood. Either novice or advanced are catered for. With The Snowdonia National Park as a back drop through the windows, it’s surprising if any work get done.