There was a rather surreal and premature finale to the biannual musical, We Will Rock You, in the Speech Hall on March 17th. The sell-out show had been scheduled to run for six performances but the rapid advance of measures to slow the advance of coronavirus meant that only the Monday matinee and evening performances actually took place in front of a full audience.

The cast and crew were called in on Tuesday morning and told the news, but they all took the decision that they did not want to end just like that, preferring to put on one final show even if it was to an empty Speech Hall barring technicians and others involved. There was the bonus that it would be filmed. 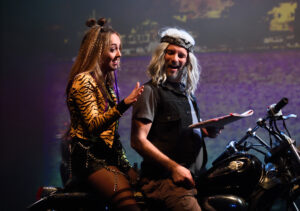 By the evening, which was prepared for with just as much enthusiasm as it had been a day earlier, two of the cast had had to withdraw with illness. Cam Reader was one, but up stepped Mt Scott, the director of drama, with script in one hand and wearing Cam’s wig, to fill in with increasing enthusiasm.  Other gaps were seamlessly filled, with duets sung as solos and individuals singing others’ numbers.

Whereas the cast could have been forgiven for a less than fully committed show, they threw everything into it. Songs were belted, dances were full-on and the encore of Bohemian Rhapsody was something special. It was important for all involved to go out giving there all rather than with a simple announcement, and they did just that.

The final, most fitting, words are from drama graduate Dominique Chapman. “We didn’t know what the future would hold over the coming months, but in that last performance, fellow cast members and even teachers, held each other’s hands through exhaustion and anxiety, filled-in for missing cast members and sang their hearts out for each other in a show of selflessness that I’m sure many will never forget.

“We will all remember where we were in the world at this strange time, and whose hands we held for help and support; and we will all remember being in the Speech Hall that last night before Cranleigh locked down indefinitely, and the solidarity we experienced through our love for our friends, colleagues and the music.

“For as Freddie Mercury writes in Under Pressure: ‘Love dares you to change our way of caring about ourselves, this is our last dance, this is ourselves under pressure’ — and Cranleigh Drama was a testament to this lesson in the brief but fierce flame that was Cranleigh’s production of We Will Rock You.” 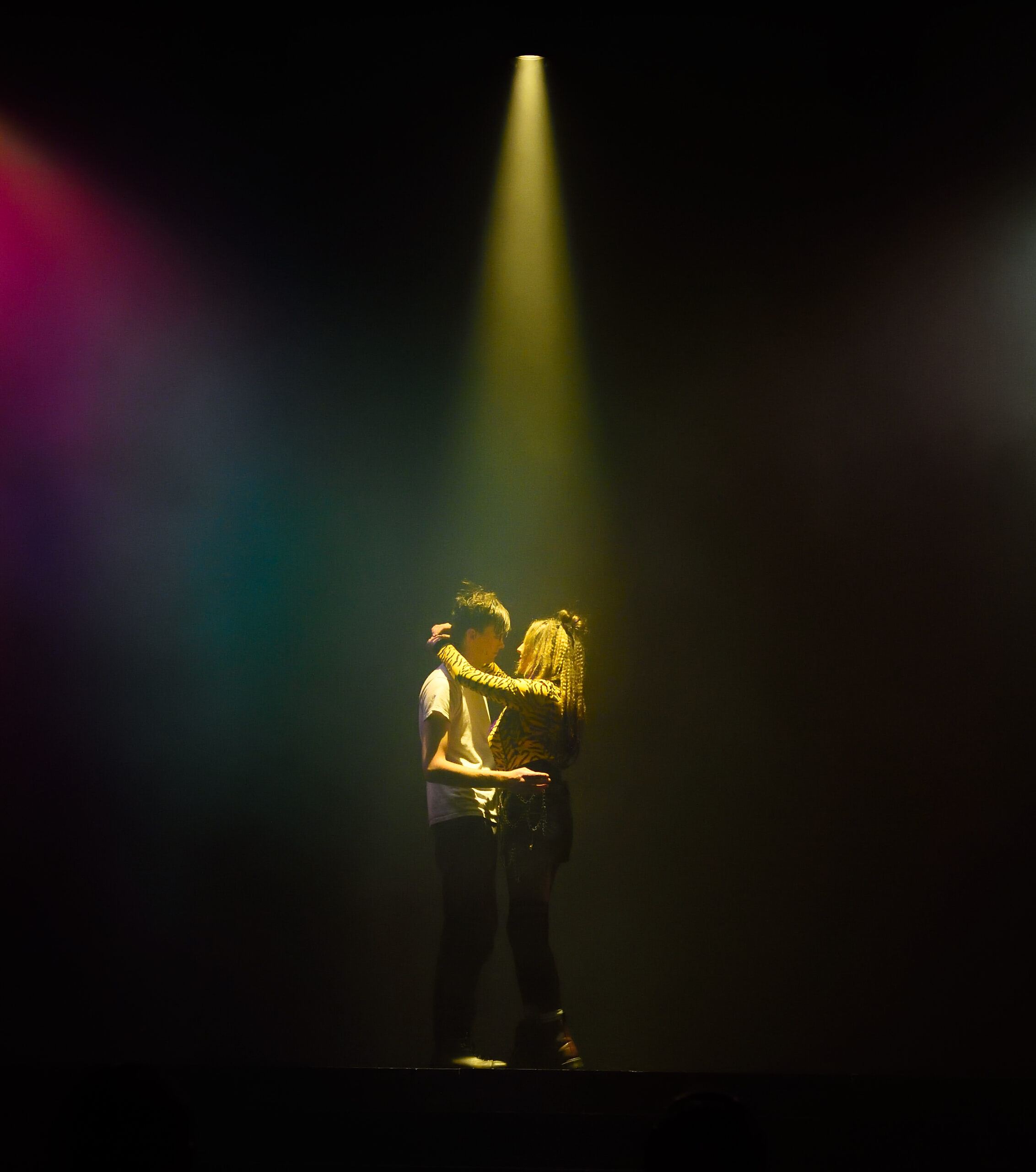