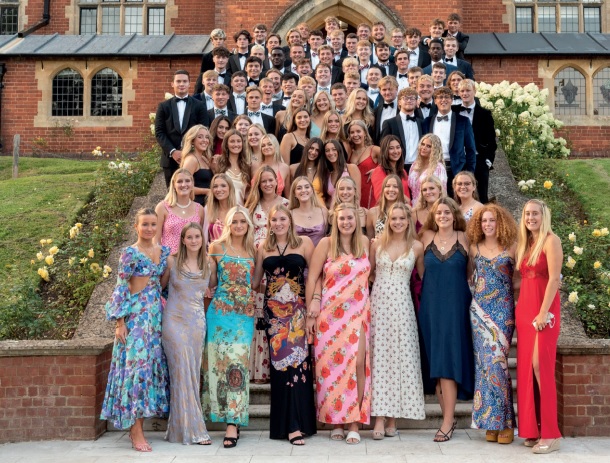 The 2020 leavers were able to say a formal goodbye to Cranleigh, almost 18 months after their hasty departure when the pandemic struck in the March of their Upper Sixth.

Although they never got to return for their final term, Martin Reader was determined they would get the traditional leavers’ events. The first attempt to do this in July 2021 was thwarted by an extension of lockdown regulations, and planned multi-sport event between the leavers v Upper Sixth at the start of July was cancelled minutes before the start with everyone on site, after one of the School participants tested positive.

However, it finally happened on 3rd September 2021 when almost 90 of the year group returned for an evening which started with the traditional leavers’ service in the Chapel. It was a particularly happy event as it was the first time since the start of the pandemic that signing had been allowed and the grins of the faces of the members of staff as the first lines of Jerusalem were belted out spoke volumes. It was also very much appreciated that Rev Tim Lewis, who had left at the end of the 2021 summer, returned from Somerset to take the service.

After the customary photo on the Chapel steps, leavers and parents enjoyed drinks in the Headmaster’s garden (luckily it was one of the few warm and sunny evenings of a wretched summer) before the new OCs headed off for a party at Hurtwood Polo Club