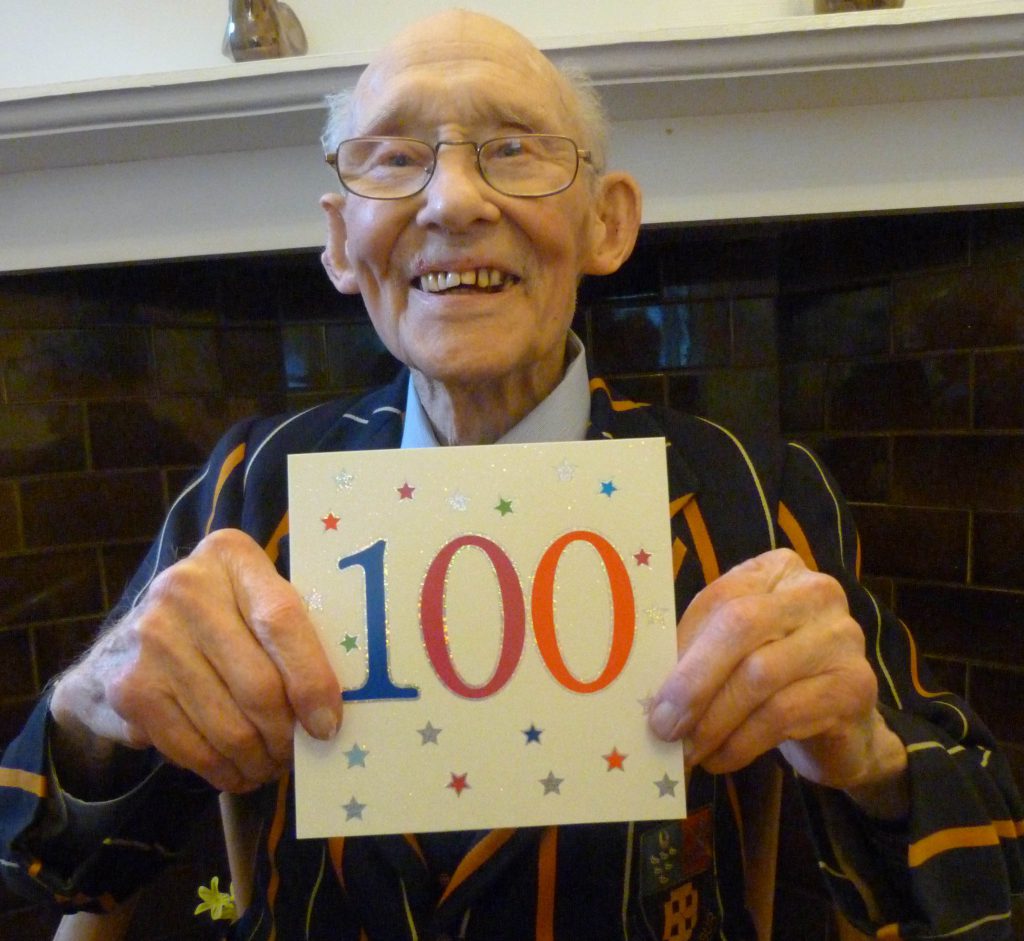 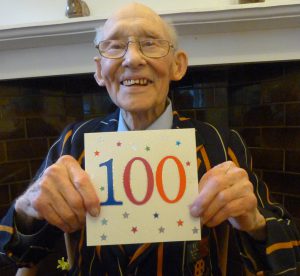 Mike Payne writes: Peter Wightman-Mountain (East, 1928-31), whose 100th birthday was last 30 June, has died peacefully in his sleep after only two days in bed. He was only the second OC centenarian to my knowledge, the first being Percy Bradley who died many years ago at the age of 107.   He was the only living OC to have been born before the start of the First World War.

I visited him the day after his 100th birthday. He proudly wore his Cranleigh blazer and tie as he held his card from the Queen.

At Peter’s funeral service on 15 April his sister plans to drape his school scarf on his coffin, and to have flowers in the school colours. An appropriate farewell to a very special Old Cranleighan.