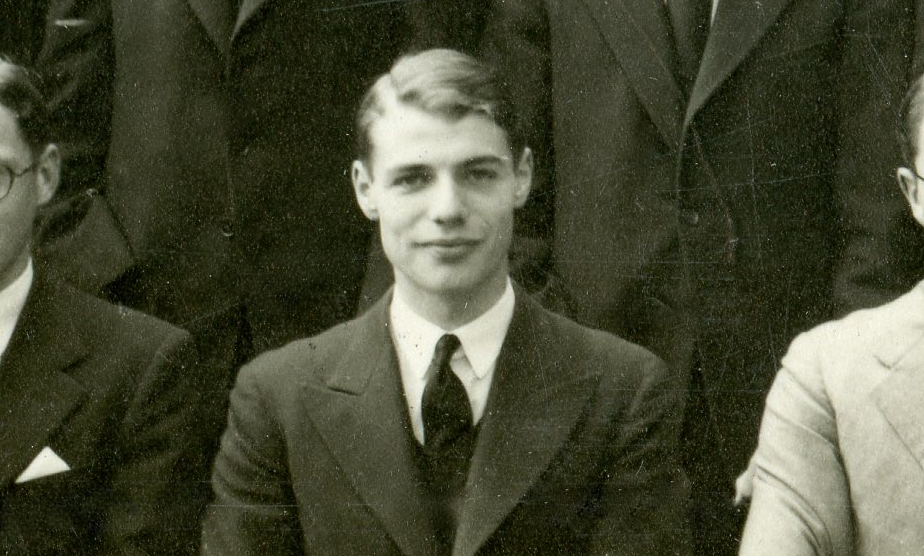 The last Cranleighan to die before VE Day was 24-year-old Olav Ringdal, who was shot dead by the Germans on April 4th 1945. He is commemorated on the School memorial but he did not serve in any of the armed forces. He was a member of the Norwegian resistance.

Ringdal was one of more than 50 Norweigans who came to Cranleigh in the late 1930s and early 1940s, initially as a way to learn English after they had completed their formal education at home. The tie between Norway and Cranleigh was so strong at the time that it was proposed that David Loveday, the headmaster at the time, spend a summer there meeting prospective parents. When the war came, the Norweigan government went into exile in London and many of them sent their children to Cranleigh.

Ringdal was the only son of a wealthy shipping merchant from Oslo. He arrived at Cranleigh in September 1937 and stayed for two years. He was a house prefect in 2 North and won his school colours for hockey. By the time he returned to Norway to study law at the University of Oslo the war had started.  Loveday noted on his file that he was “held in high regard by all”.

As the war progressed he became an active member of the resistance, his academic background being put to good use as co-editor of an illegal newspaper, as well as working as a courier and with propaganda, and leading the information service. During this time he was trained by leading resistance fighter and saboteur Gregers Gram, who himself had been trained by the Special Operations Executive.

In November 1943 Ringdal was arrested by the Nazis as part of a rounding up of 1166 students following an arson attack on the university. Over half were sent to Germany for “readjustment” although Ringdal was not among those. He continued with his resistance work.

By April 1945 Germany was facing defeat and the persecution of dissidents in Norway was stepped up. In a bid to undermine Operation Derby, a black propaganda initiative run by the SEO, the Germans raided a number of houses of suspected resistance members. One managed to sound the alarm and as word spread most went into hiding. Ringdal went to Bygdøy allé 117 in west Oslo, which he believed was a safe house but it had been compromised by someone within the resistance. On arrival he was confronted by German soldiers and was shot dead. Later in the day another resistance associate, Roy Nielsen, also turned up there and although he was alerted to the presence of the Germans he was shot escaping.

In 1952, Ringdal’s father paid for a boat to be built in his memory. The Olav Ringdal Jr served until 2004 with the Norwegian Society for Rescue at Sea and now, extensively restored, operates as a pleasure boat.  As far as we know the only other memorial to him is at Cranleigh

As a footnote, there was one other Norwegian Cranleighan who was killed by the Germans while serving with the resistance. Alfred Larsen (2&3 South 1939) left Cranleigh on the same day as Ringdal. He was executed on April 30th 1942 in reprisals following the killing of two Gestapo agents. A third Norwegian, Erik Sunde (2 North 1935), was shot down over France in August 1944 while attacking German positions while serving with the RAF.