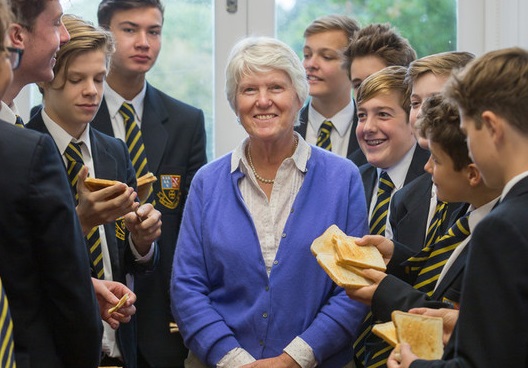 Mrs Goldsmith, who’s been Matron of Cubitt for 31 years, was chosen as a finalist in the 2020 Stephen Winkley Award, which commends the achievements of an individual who has made a significant contribution to boarding.

Cubitt Housemaster, Mr Sam, Cooke, said: “Mrs G is the trusted and loved central pillar of Cubitt. She is a source of both great guidance and empathy. The boys adore her. A true representation of what a boarding school matron should be like through her matriarchal skills and her ability to be personal to each and every person in the boarding house.”