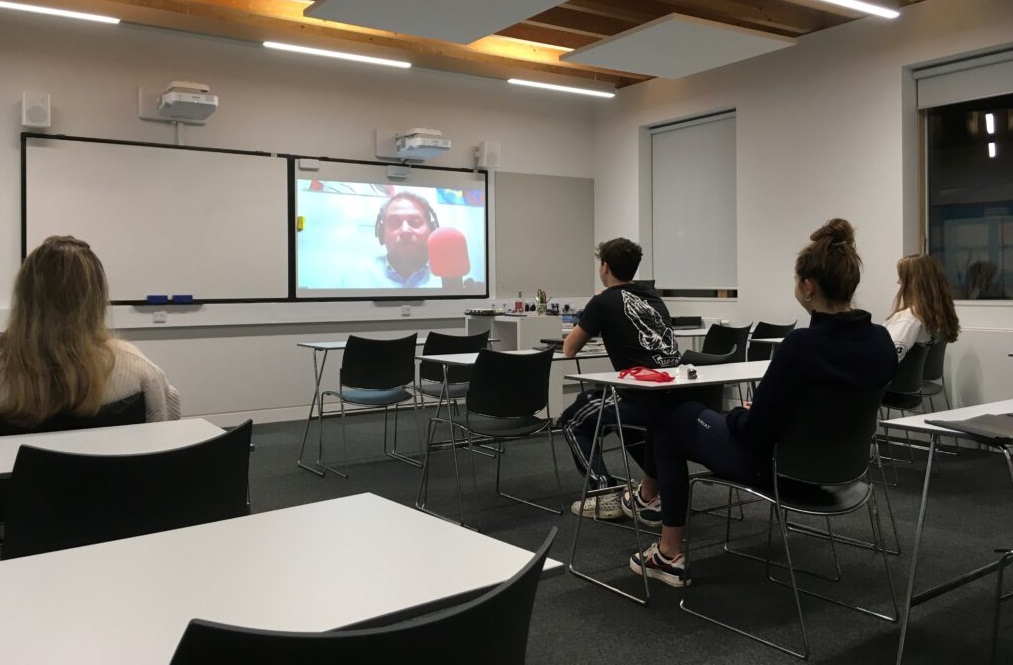 The Cranleigh Network had planned to hold a number of ‘live’ careers events during 2020. As with so much else, these plans were scuppered. On Thursday 19th November they held their first virtual alternative.  The Careers in Media webinar brought together members of the OC community and current students via Zoom for a series of short talks and Q&A sessions.

Speakers for the evening were Peter Gordon (1 North 1985), Tonye Faloughi (East 1996), Nicholas O’Keeffe (North 2012) and Tom Crump (Loveday 2007) who spoke about their careers in radio, TV production, writing, journalism, PR and broadcast journalism in sport. They offered specific advice to those interested in a similar career, talked about the qualifications and personal attributes they feel are important, and put forward some general thoughts on the media industry and what the future may hold for it.

Prior to the live event, they recorded interviews with Alan Rusbridger (1 North 1972), Sue Llewellyn (1&4 South 1979) and Rob Curling (West 1975), who spoke about journalism, PR, social media and producing a pod cast respectively. These interviews can be seen here: (ocsociety.cranleigh.org/resources).  As with the talks given at the live event, each of the interviewees offeres advice and interesting perspectives on their chosen sectors.

On the careers resources page you will also find written interviews with Will Stocks (North 2013), who is working as a 3D artist in the games industry and Benji Millar (East 2017), who chose not to go to university but has found a different path into the media industry.

The time given by all the OCs who took part before and during the event is very much appreciated, and as always, it is heartening to see the OC community offering  to help to current students and younger OCs.

Whilst it is hoped that The Cranleigh Network  will be able to host some networking events in 2021 in person, they are in the meantime planning more virtual career events, details of which will be made available at ocsociety.cranleigh.org/events and cranleighnetwork.org/events.  If you would like to see a particular area covered or think you could offer useful insight into your own chosen career, please get in touch with network@cranleigh.org.