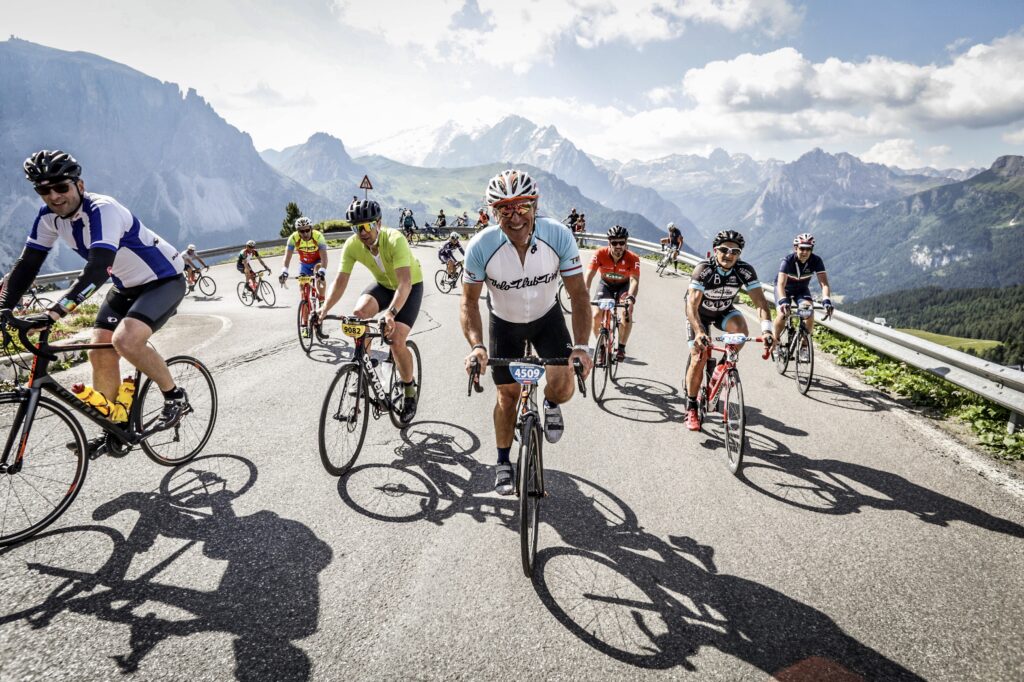 When Neil Ruthven (1 North 1977) gave up playing hockey, a friend introduced him to the lycra-clad world of cycling. That was six years ago now and in that time he has cycled close on 50,000 km and taken part in events in many countries. Most recently, he organised a group of like-minded enthusiasts to cycle the length of the Pyrenees

This title quote was my opening line to a small group of fellow cyclists in the autumn of 2015, following a Berkhamsted Cycling Club ride. 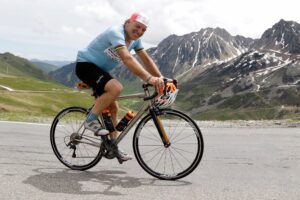 “Who fancies cycling the length of the Pyrenees starting on the Atlantic coast and finishing at Cerbère on the Mediterranean? I have come across an official challenge called the Raid Pyrenean. It has been run since the 1950s by Cycle Club Béarnais, Pau.” I went on to ask. At a speed that we all still fail to fathom, within a month eight men and two women had agreed upon a date of the following June and booked flights.

At this point the enormity of the challenge began to dawn on the team. The ride would require cycling a total of 720km, climb over 11,000m, whilst crossing 18 cols (a col is the lowest point of a ridge or saddle between two peaks, typically providing a pass from one side of a mountain range to another), including many made famous in the Tour de France. Okay that is possible given time, but for this challenge we had to finish in less than 100 hours of our starting time.

Not one of us had previously cycled up a col let alone 18 of them in less than five days. Although we lived in the Chilterns and considered our local hills challenging, nothing could or would compare to cycling the Col de Tourmalet with a total height gain of 1404m over 19km. In our world a hill of 2km and 100m climbing represented a mountain. 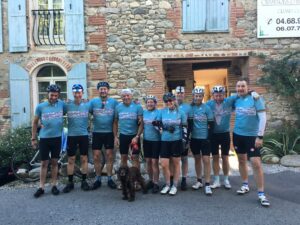 As I live with my partner, Sally, in the south west of France we took on the task of organising the trip with Sally providing vehicle support/logistics. After months hard and consistent training June 2016 arrived and the team gathered in Hendaye on the French Atlantic coast ready for the off. Looking back there is general agreement that our naivety turned out to be a strength.

Over the following few days everyone had their moments of doubt and pain. However, the team spirit was strong and we just kept peddling in the belief that we had just completed the hardest of the climbs. After 96 hours we arrived in Cerbère together as a team, elated but exhausted. and truly grateful to the incredible support provided during the ride by Sally and the team mascot Tess the cocker spaniel.

Since then this intrepid group have ridden all around the world, completing many of the cycling worlds most famous routes from Belgium to Mallorca and even Cape Town. As a result of the amazing experience of the Raid, Sally and I have organised many further cycling trips from our base in France asclimbonyourbike.com. Any OCs wanting to ride in the south west of France/Pyrenees do contact us or if passing by just come and say hello.