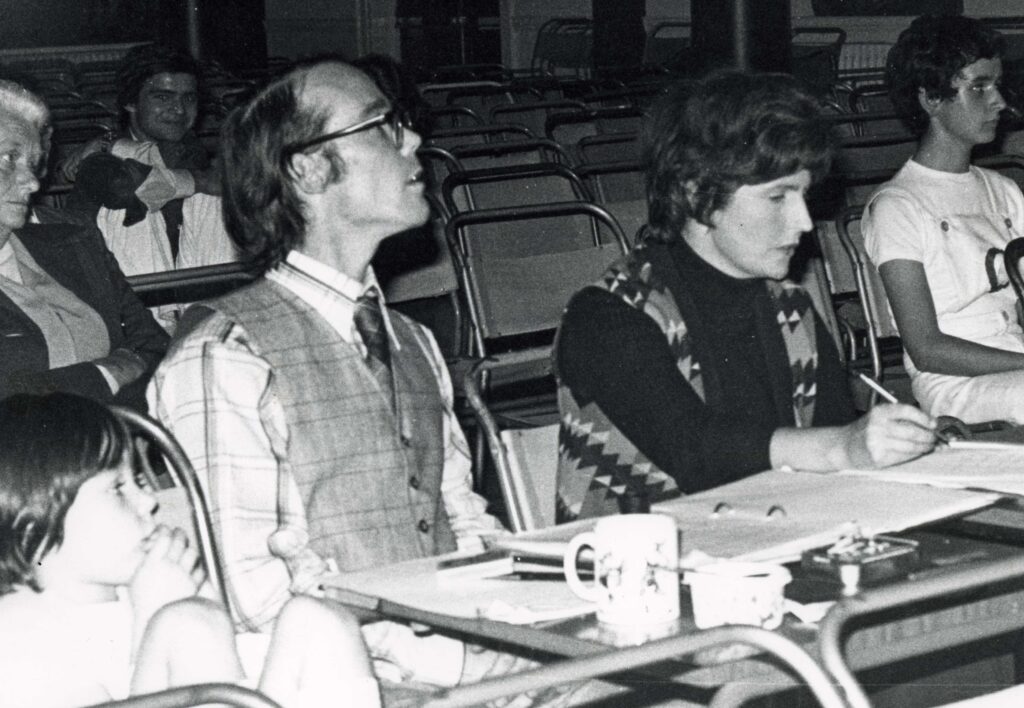 OCs will be sad to hear that both Nan Wills (pictured above directing Salmonella with Alan Megahey)  and her daughter Moira are unwell with serious cancer. Nan’s husband Ken died some years ago. He was at Cranleigh from 1949-1988, Housemaster of 1 North and then Senior Master. Nan was far more than a master’s wife: she was greatly involved with Cranleigh drama and was instrumental in the introduction of musicals as well as bringing girls into productions. Many OCs will recall her enthusiastic expertise.

Moira was is 1 North from 1977-1979. She has lectured for a good number of years at several schools of art and recently at the Reigate School of Art. She has now volunteered to take part in a treatment trial at the Royal Marsden Hospital.

If any OCs would like to pen a message to either or both of them, do email Nan at nanwills16@gmail.com or Moira at moira.wills@virgin.net.