After last year’s Gower Club match was scrapped because of the pandemic, this year’s game was more anticipated than ever as it gave what would have been the 2020-21 1st XV a chance to play one last time on Bluett’s after their entire UVIth season had been cancelled. 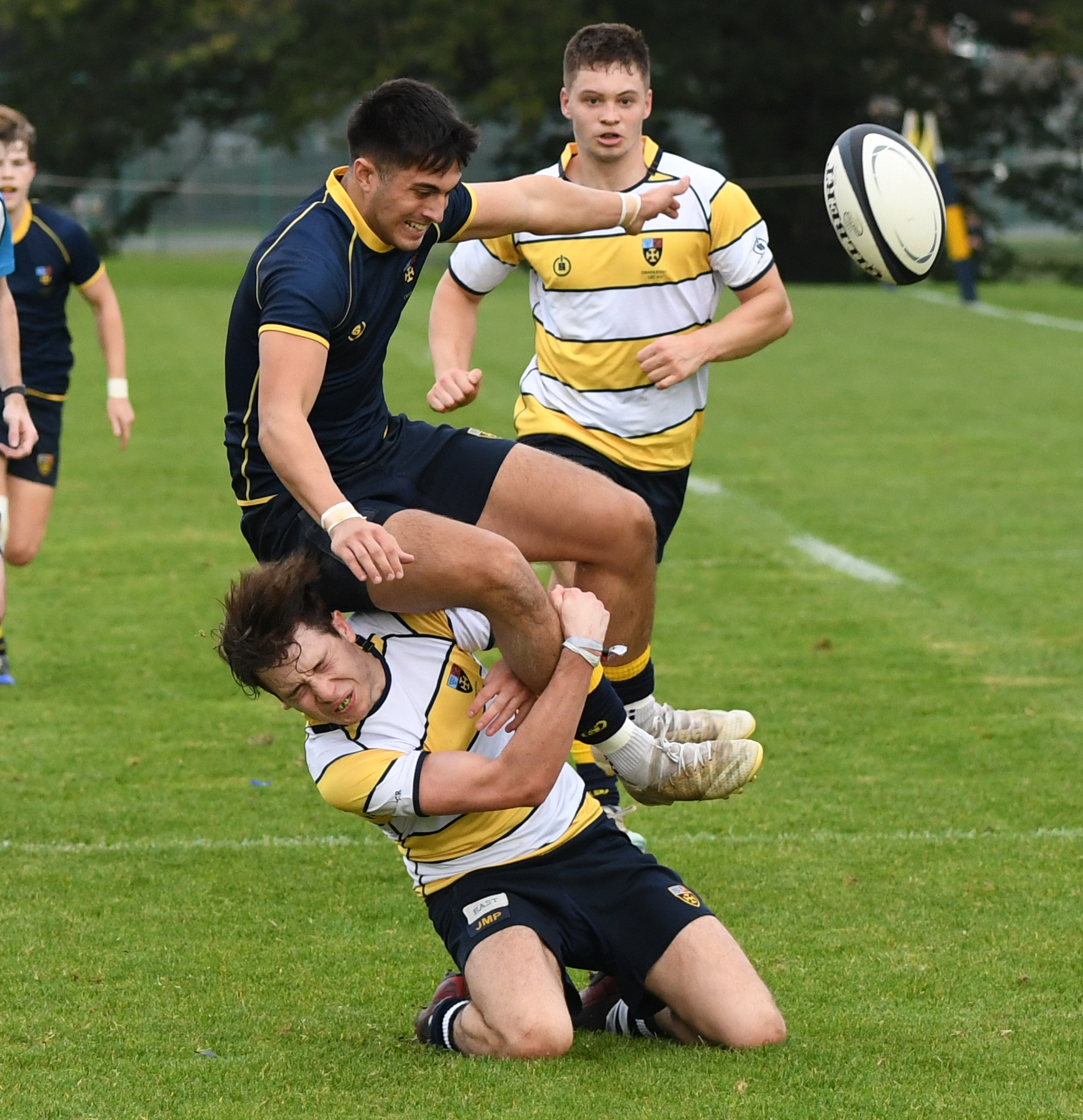 It was a lovely gesture to allow the Gower Club to play in the 1st XV kit as most of them never got a chance to wear the gold-and-white shirts; the school used their reserve blue shirts. After the game Andy Houston, Cranleigh’s Director of Sport, presented the Gower Club players with the shirts to keep.

Despite the final 48-5 scoreline in favour of the School, the match itself was the most competitive in years with the Gower Club taking the lead after six minutes after pinning the School in their 22. Thereafter, the School had most of the possession but were only to head into half-time at 5-5 as the Gower Club tackled hard and gave no quarter.

As one of the School coaches said, the tactics were the same as always – “Tire them out and then make hay in the final quarter”. And so it proved. The second-half was largely surging runs and desperate defence, but as Gower legs wearied spaces grew the School ran in a series of tries in the last 20 minutes.

As ever, a large crowd of recent parents and recent leavers watched and then enjoyed a post-match reception in the Jubilee pavilion.

Earlier, the always hotly contested 5th XV match ended in a 28-14 win for the Gower Club, but the game was far closer than the score suggests and for long periods of the second half the School, who trailed 21-7 at the break, were camped inside the Gower 22. However, they only managed to score once (despite the energetic and charismatic support of Tom Leeke) before a late Gower try sealed the victory.