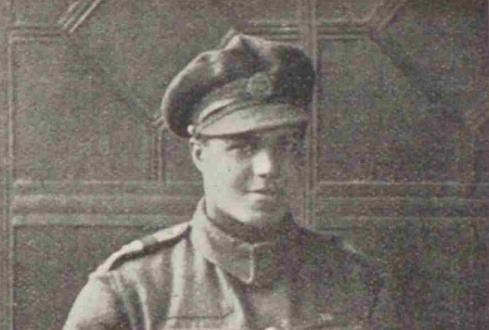 Frank Dove, who came to Cranleigh in 1910 and left in July 1915, was one of the first black pupils at the School.

He was a successful sportsman at Cranleigh and was in the 1st XI for football and cricket and was Hon Secretary of both sports. He was also one of the two gymnasts who represented Cranleigh at the Public Schools Gymnastic Competition at Aldershot – at the time a major event which Cranleigh had won five times, most recently in 1913 – where the school finished third overall. The Cranleighan said he was “a versatile member of the community both academically and athletically”.

On leaving he was due to go to Merton College, Oxford to read law but was conscripted in 1916 and went to the Western Front as a tank driver with the Royal Tank Corps in the summer of 1917. Four months later he was awarded the Military Medal for bravery after his vehicle was hit. By the time of the Armistice he had joined the RAF.

After being demobbed he returned to Oxford where he boxed for the university, captaining them in 1921. In 1920 he boxed for Great Britain at the Antwerp Olympics, only the third black man to represent GB at the Games and the first to have been born in England.

He continued to box as an amateur while practicing as a barrister and was still competing in regional championships when almost 50. He was killed in 1957 when his car struck a tree.