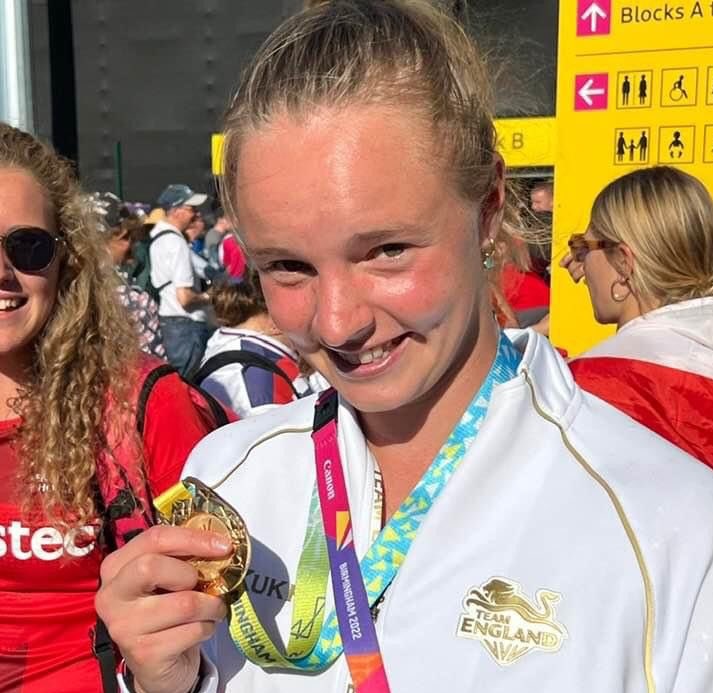 Several Old Cranleighans featured in the Commonwealth Games in August, with Izzy Petter (South 2018) adding to the Olympic bronze she won in 2021 with a Gold in Birmingham with the England side. Will Calnan (Cubitt 2014) was in the England men’s side which won Bronze. Hayden Hyde (East 2019) and Jamie Barden (Cubitt 2018) were in the England Rugby Sevens squad at the tournament.

In cricket, Ollie Pope (Loveday 2016) enjoyed a good summer for both England and Surrey and was rewarded with a renewed Annual Central Contract from the ECB and a place on the forthcoming Test tour of Pakistan. Two recent leavers also made a mark at the county in a season they won the Championship. Tom Lawes (Cubitt 2020) appeared in the T20 Blast and County Championship and the Daily Telegraph wrote “he certainly does not look out of place even in Surrey’s high-class seam attack”. Yousef Majid (North 2022) was drafted into the side for the Royal London Cup and his impressive performances resulted in him being named Academy Player of the Year and given a professional contract for 2023. Both Lawes and Majid played for England in the Under-19 Test v Sri Lanka in August.

In rugby, Hugh Tizard (Loveday 2018) has made a strong impression at Saracens following his move from Harlequins and was called up into the England training squad for November’s Autumn Internationals.

Greg Slade’s (Cubitt 2020) impressive wheelchair tennis season continued when he partnered Tomas Masaryk to win the quad doubles at the ITF 3 Ath Open in Belgium, while finishing runner-up to top seed Masaryk in the quad singles.

Simon Hayton (North 2005) has been included in the GB rifle team which will compete in Canada next August.

Jonny Haynes (Cubitt 2006) was top scorer for England as they won Gold in the Over 35 Hockey World Cup in August.