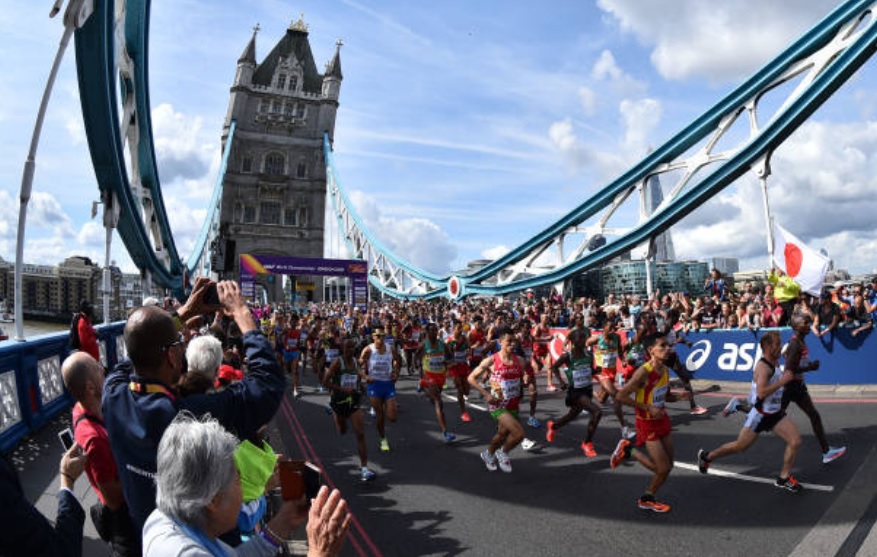 On Sunday 26th April around 40,000 people were due to run the London Marathon, including a record number of Old Cranleighans with (at the last count) 23 taking part. The Coronavirus has caused the postponement of the event until October. It is hoped that the majority, if not all, those entered for April will still be running, even if their training may be slightly reined in during the lockdown.

The biggest year group represented are the 2017 leavers with seven of them, who are all at university, participating.  Four are running for the same charity – the David Shepherd Wildlife Foundation – with Lewis Bedford leading the way.  He ran the 2017 Marathon while in the Upper VIth and to add spice to his second outing he will be running in ranger boots.  The 2017 runners also includes the youngest participant; Ellie Williamson is 20 (and only two days younger than Angus Dahl). The oldest runner is 64-year-old David Hunt.

Gregor McIntyre’s marathon is part of a three-leg campaign which started with climbing Mount Kilimanjaro and will end with him cycling from Land’s End to John O’Groats later in the year. He is raising funds for the Teenage Cancer Trust in memory of Jake Andrews.

Please take a moment to see if anyone you know is running and, if so, give them a donation. If anyone knows of anyone else taking part, please let us know here.