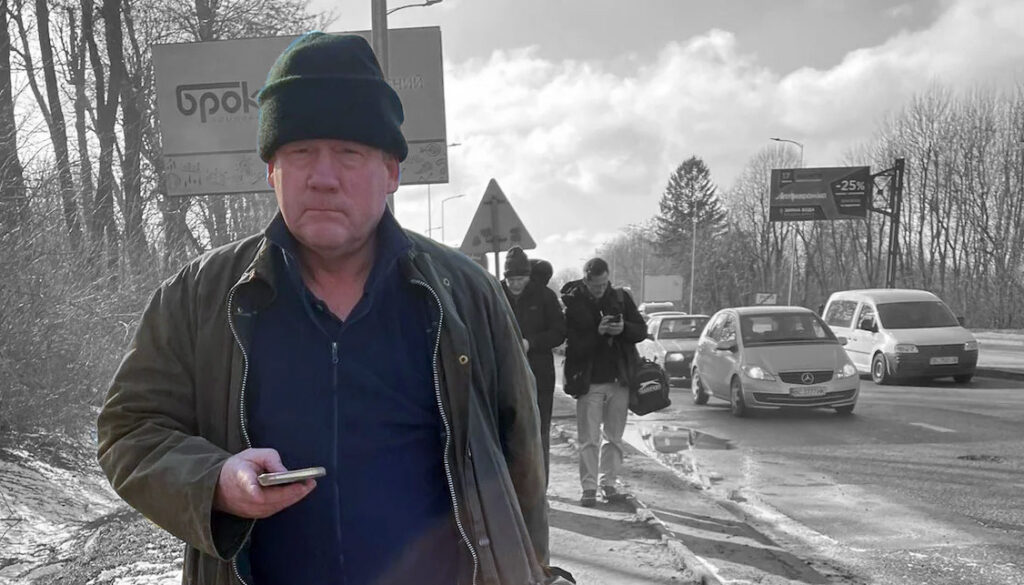 Adam Holloway (1 North 1983), the Conservative MP for Gravesham, briefly visited Ukraine in the days after the Russian invasion. In a column in the Daily Telegraph he outlined his thoughts on what the future might hold.

“Ukrainians told me this is their fight, but we must provide the materials of war they need,” he wrote. “From humanitarian to military help, the West must play its part and look after Ukraine’s forces and its people. I can assure you that the Ukrainians are up for it. But if they are doing the fighting we must provide them with the
materials of war and play a part in looking after their populations, including refugees.

“From what I saw – and felt – the Ukrainians have that critical ‘moral component’ in war, and they will fight even if not equipped: when we met volunteers queuing for the fight, many were disappointed to be turned away for lack of military experience, being told there just were not enough guns.

“Russian military actions on the ground are war crimes. Admiral Chris Parry, a former director-general at the Ministry of Defence, argues that an important part of the world’s strategy should now be to shine a light on Putin’s innermost circle, his war cabinet of KGB/GRU alumni: gigantically rich men for whom the collapse of the Soviet Empire was the defining moment of their lives. As well as Putin, the names Patrushev, Bortnikov, Naryshkin and Shoigu must become infamous and synonymous with the words Nuremberg and The Hague.

“The Americans brilliantly used the publication of what would usually be secret intelligence to warn the world of the Russian preparations for unprovoked offensive war. Perhaps now we should publish a few intercepted phone calls to leave these people in little doubt that, if they want liberty after Putin, this madness must stop. At the very least this might restrain the violence on the ground.

“At some point, to end this violence, perhaps when the public in Russia has lost all enthusiasm for the fight, a ‘Golden Bridge’ will need to be constructed for Putin to walk
away without total loss of face. Hideously, the bridge may have to reflect the reality on the ground and dictate the freezing of territory taken. It might include Nato addressing Putin’s fears, and Nato addressing its possible mistake in moving its border so much closer to Russia’s since the end of the Cold War.

“This does not need to be forever. In 10 or 20 years Russians may tire of being held back by industrial levels of corruption, and want a bit of what Europe has. In the same time frame, Putin’s cold-war cabinet – average age, 68 – will be dead.”